News
Home / News / Encyclopedia / What Is A Stew Cup?

What Is A Stew Cup?

A stew insulated flask bottle is an appliance that has both a heat preservation function and a cooking function. The stew cup is simple to operate, easy to carry, and can cook food without flame. Now it has become more and more popular. Just put the food in a stew metal thermos flask, pour boiling water, and cover it tightly for about half a day, and the food will be cooked. 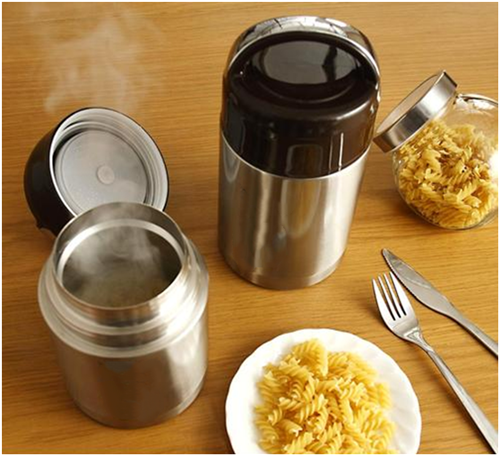 The Principle of Stew Cup

The stew cup has many functions such as boiling, stewing, and keeping warm. It mainly uses the principle of keeping the high temperature and making the raw food in the cup mature. Stew insulated flask bottle has the two major characteristics of safety and energy saving. During the process of simmering the food, it neither steams nor evaporates. The original flavor retains the nutrition of the food.

The lid of the stew cup has a conductive function. In order to prevent the heat from spreading out, the stew stainless steel thermal flask is equipped with a vacuum interlayer to prevent the convection of air and hot air, thereby affecting the heat preservation effect. At the same time, the metal shell has the function of preventing radiation heat transmission.

The Application of Stew Cup

The stew insulated jug flask is very simple to use. First, pour the boiling water into the stew cup, then cut all the cooked food into cubes and pour into the cup, then cover the lid and simmer for about half a day. The stew large-mouth thermos can maintain the temperature for a longer time. It can be simmered for a long time at this high temperature.

If we want to make soup, it is more convenient to use, just put all the ingredients of the soup into the stew thermos vacuum insulated flask, and then pour boiling water into the cup, and it takes less than half a day.

The stew stainless thermos flask is a convenient and economical cooking appliance that is most suitable for office workers in a hurry. And all the ingredients can be cooked in the same way.

The specific operation of cooking white porridge is as followed.

(3) After preheating for about 5 minutes, pour out the water. At this time, you can see that the rice is a little bit cooked. After pouring the just preheated water, pour the boiling hot water again, pour it into the cup, close the lid tightly, and then leave it alone. You can eat it in half a day. This is the characteristic of stew cup. It only takes 5 minutes of trouble. 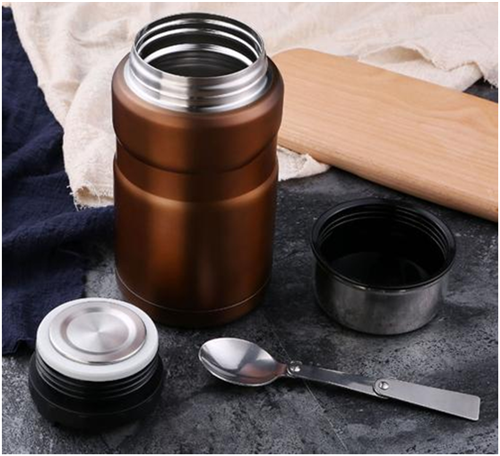 The stew cup is actually a larger-capacity vacuum flask. Whether you are traveling or using it at home, stew cup is very convenient and very practical. Although stew cup has so many advantages, it also has some disadvantages. When using it, you should pay attention to.

The stew cup mainly uses the boiling water poured into the cup to cook the food. Because there is no external heat, the cooked food may not reach the sterilization temperature. Putting food in the stew cup for a long time, the appropriate temperature and humidity will become a breeding ground for bacteria, eating such food may cause gastrointestinal problems.

In general, stew vacuum insulated flask is convenient to use, but you need to pay more attention when using it.

Contact Us >
Products
Pages
Our Advantage
Follow Us
Copyright © 2020-2021 Zhejiang Lingqi Industry and Trade Co., Ltd. All Rights Reserved.
Get in Touch